i’ve toyed around with trying to decide if i really wanted to write this all day today and if i wanted to share personal experiences, but i feel like it’s something that needs to be discussed freely and openly. that subject is suicide.

as of writing this, it is still (barely) september 10th, which is world suicide prevention day. i’ve seen post after post from people either telling their stories of overcoming depression and several other mental handicaps that had lead them to suicidal thoughts and for some, actions either on themselves or others that they loved, so i felt that i’d share at least a bit of my story with depression and suicidal thoughts to show that it can happen to anyone at any point.

speaking plainly and bluntly, this time last year was the start of the worst few months of my life. from about mid october 2015 through february 2016 i was barely functioning. i physically couldn’t go to class, i would drive two hours home and two hours back most every weekend as a form of escape, i went nearly two weeks without eating more than wheat thins, and i toyed around with the idea of suicide more than once. i moved home and had to take a semester off of school just so i could figure out how to survive again. i spent weeks in bed wanting more than anything to be in school or to be working or to be doing literally anything, but i just couldn’t. and it sucked.

i’m keeping this short (ish) just since i’m not a professional nor do i really even know how to care for myself in this, but it’s not something that people talk about often and even when we do we tend to overlook a lot of it so it needs to be discussed even to just this extent. i’ve suffered from anxiety and depression for years and will likely for the rest for the rest of my life so it’s safe to say that i haven’t been through the worst of it. it’s also safe to say that several people who read this are or have gone through something similar wether it be personally or through watching someone you love have to go through it. i hate to give advice on this situation since my method included nearly 5 months of severe depression, but just love a little harder when you sense someone dealing with the garbage that depression and suicidal thoughts are and don’t ever expect someone to just hop out of the “funk” that they’re in. treat us like you would treat anyone else who’s sick with care and compassion and help them to get better.

and hey, if anything, i came out of my first massive shit-storm of depression with a great brand of existential humor so there’s at least one plus.

ALSO for good measure, if you or someone you know is dealing a lot with massive depression spells and has those god awful suicidal thoughts, the suicide prevention hotline is a wonderful resource. i’ve never personally used it myself but i’ve heard of a few people using it and having a really helpful experience so their number is 1-800-273-8255 and if you have massive phone anxiety like me, worry not as they’ve got a crisis text line too and i’ll link it here. 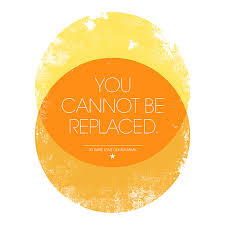 where to find me

hey siri, play “let’s have a kiki/ turkey lurkey time (glee cast version)
girl in a car having a great time
“oh naur”
“whatever we wear, wherever we go, YES means YES and NO means NO”
real hot girl shit happens in the teletherapy waiting room
quick new camera test run with the prettiest (and most patient) guinea pig i’ve ever met
Loading Comments...
%d bloggers like this:
%d bloggers like this: